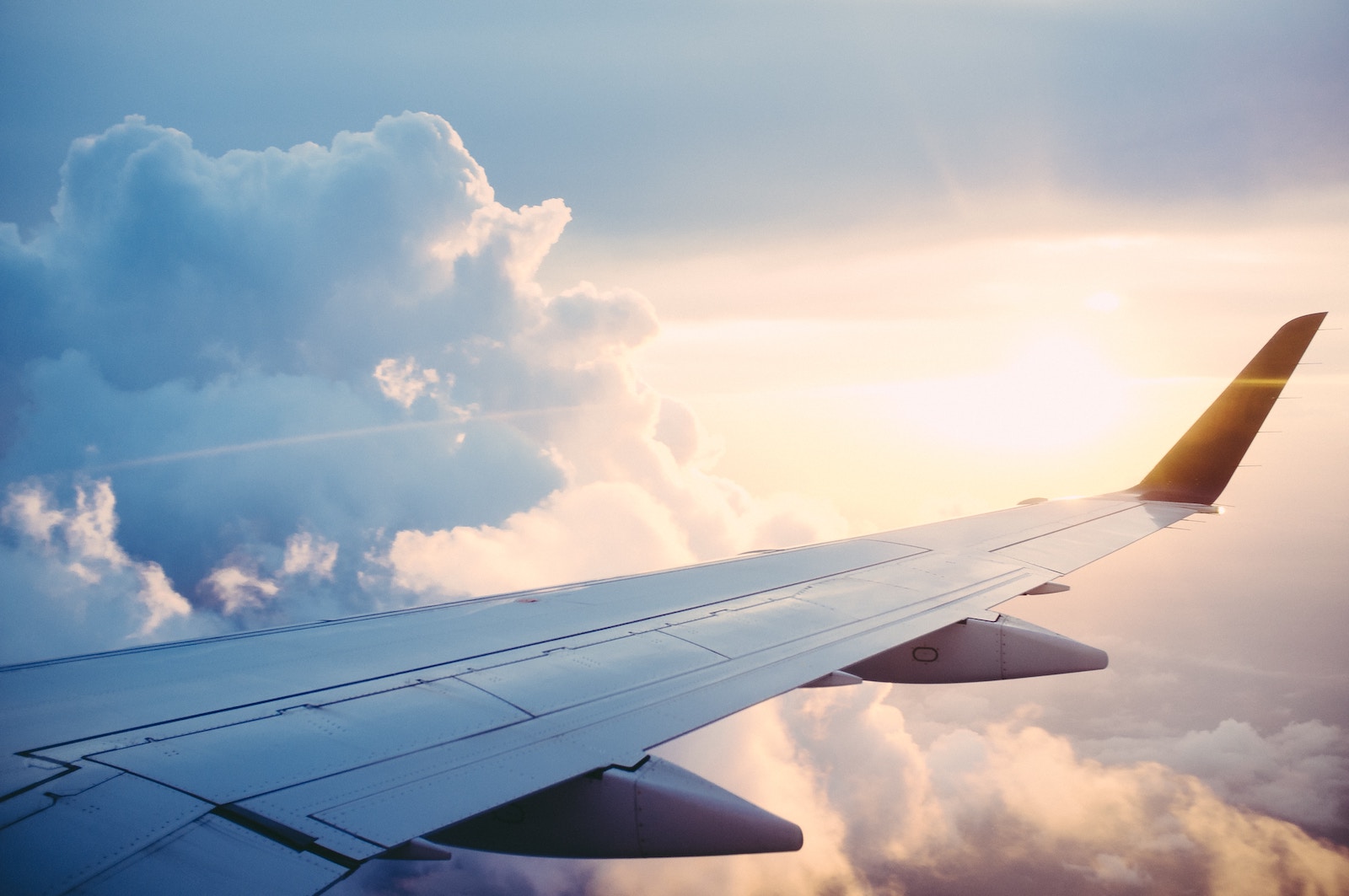 **Some of the links in this article will earn a very small commission if you click them and then purchase something.

The absolutely only way to get those insanely-cheap flights that you often hear people talking about ($200 RT to Bali? Huh?) is by being super flexible, in a few ways.

The more flexible you can be on dates, the better. Flight aggregator tools like Skyscanner and Kayak, which show you prices for multiple airlines and from many different sites, have great flexibility tools to help you find the cheapest flights to London.

When I use Kayak, if I have a week in mind but am flexible about which days I fly, I choose the +/- 3 days option, which gives a grid showing you all of the cheapest flight combos for different days. It’s crazy how much you can save by choosing to fly a day earlier or later…

Additionally both sites let you look for cheapest flights throughout an entire month, as well as an entire year. So if you aren’t set on a certain time of year to visit, you can see when the cheapest flights to London are, and plan to visit during that month.

By selecting “include nearby airports” in your flight search, you might find that flights using other airports are cheaper. For example, you might only be looking at flying into London Heathrow, but many intercontinental flights go into London Gatwick, so you may find a cheaper option going there.

In my London 101 Guide I lay out all of your options for getting to and from Central London and each London airport, so make sure you sign up to grab that (for free) to make your airport transfer planning much simpler once you buy your flights.

If you’re super budget-conscious, don’t be picky about which airline you fly and you’ll save yourself some cash. Tons of airlines serve London now so you might find yourself with a lot of choice.

Do make sure you pay attention to what is and isn’t included in the price of your ticket, no matter what airline you’re choosing to fly with. Most airlines these days are now offering “Basic Economy” tickets which, if you plan to check a bag and choose your seats, which you will have to pay extra for in Basic Economy, you might not actually save any money.

Especially for people who fly from around Europe, you’ll find that flights super early in the morning or late at night will usually be cheaper since people don’t want to get up early or land quite late. You’ll need to consider your options for getting into/out of London if you choose one of those flights as public transport doesn’t run 24/7. Again, your options for that are laid out in my London 101 Guide.

Can you take the train?

If you’re coming from the UK or a major city nearby London, don’t rule out the fact that taking a train might be more cost efficient. Check Trainline for UK train options, and Eurostar’s website for trains to/from Amsterdam, Paris, Brussels and a few other French cities.

Airlines always want consumers to buy flights from them directly, so they send info about sales and offers directly to potential customers first via email. It’s super valuable to be on airline email lists because if you’re quick, you’re more likely to get the cheapest deals out of a sale period.

For London, you’ll want to make sure that you’re signed up to Virgin Atlantic and British Airway’s newsletters, as those are the main UK airlines that you’re quite likely to be flying with if you’re flying from outside of Europe. If any major airlines operate out of your main airport, you’ll also want to be signed up to their list.

If low-cost international airline Norwegian operates from your home airport to London, you’ll also want to sign up to their newsletter so you can see when the cheapest flights to London pop up in their system.

If you’re flying to and from Europe, sign up to the email lists of your country’s major carrier (like, KLM for the Netherlands) while also signing up to any low-cost airlines that service your country and London’s airports.

For anyone flying from Africa or the Far East, keep an eye out for good deals with Qatar, a personal favourite airline which will also give you a free hotel stay if you do an overnight connection with them in Doha.

As soon as you see a good deal jump into your inbox for a London flight, hop on it quick to get the best prices!

If you’re in the US or mainland Europe, get involved with Jack’s Flight Club. It’s an email service that alerts you of super-cheap deals on flights from your home airport. London flights tend to feature a lot, so as long as you are diligent about watching when those deals come in, then you could find yourself with some stupid-cheap flight prices.

They offer a free and paid version of the service, with the paid version being worth it to be the first to know when error fares happen, meaning that an airline has listed their prices wrong and they are like $15 instead of hundreds. Those usually get booked within minutes so being alerted first is worth it in those cases.

Another similar tool for dirt-cheap flight alerts for the US is Airfare Watchdog, so keep an eye on that too.

While I typically end up booking flights direct with the airline, I always check both Skyscanner and Kayak, the flight pricing aggregators I mentioned before, to see which airlines are offering the cheapest deals.

You might find that you can save a ton of money by adding a stop-over, or by using a nearby airport— we have five for London (technically six but Southend is so far outside the city that I don’t recommend it.)

They also can show you prices for third-party booking sites, which are sometimes lower than the airline’s direct prices, but be careful to check the fine print to see if it’s only cheaper because you will have to pay extra for luggage, food, etc.

If it’s early enough that you don’t need to be booking your flight right at this moment, when you start using Skyscanner and Kayak, sign up to their price alert feature. This means you’ll get emails when prices on flights for the dates and locations you want go up and down, so if you see a dramatic drop come through, you can hop on it quick.

If you’re less than two months out, however, I would recommend skipping this and using some of the other techniques in this article to book the cheapest flights to London today, as prices are most likely to just keep increasing at this point.

Depart from outside the UK

This is a bit more of an advanced tactic. The UK has infamously high passenger duties on flight tickets, which is why you might see that your flight TO London is much cheaper than the flight leaving.

Depending on how your trip is set up and if you’re planning to visit other places in Europe, you might find that flying out of a non-UK country might be cheaper because taxes are lower in that country. So have a play around with that if your trip allows.

If you’ve been loyal to specific airline alliance for the last couple of years then you might find yourself with some miles (aka points) that you could redeem for your trip to London.

Some airlines allow you to part-pay with points, or do a full redemption, leaving you to just pay taxes.

Also, if you are an American Express cardholder, you should check your Membership Rewards account, because those points can be converted to airline miles which you could use for your trip to London.

There’s a bit of an art to accruing and redeeming airline points, so if you’re US-based, I recommend checking out The Points Guy, which has a TON of comprehensive guides on how to do it.

Ok, now go off and find yourself the cheapest flights to London you can possibly find– impress me with your deals! 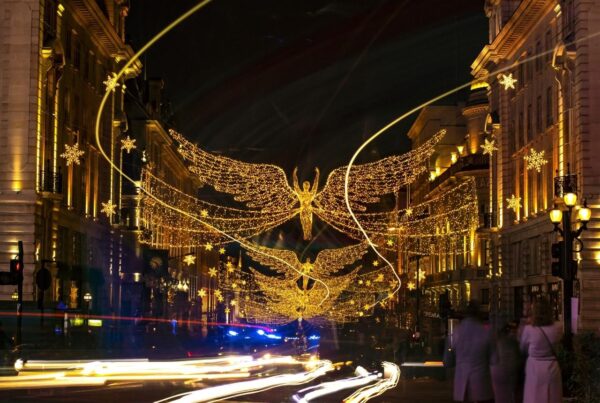 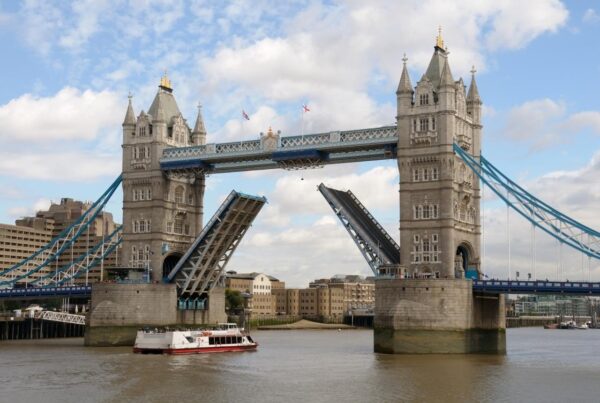 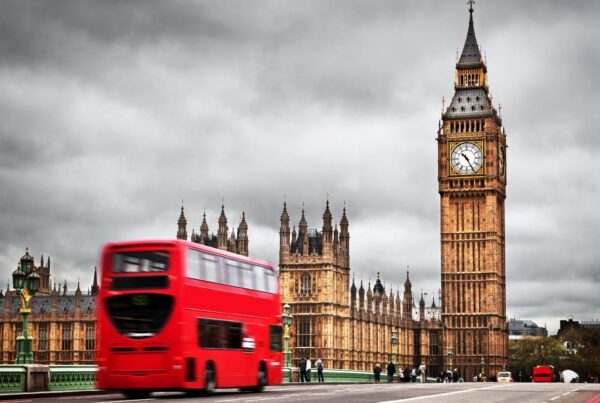