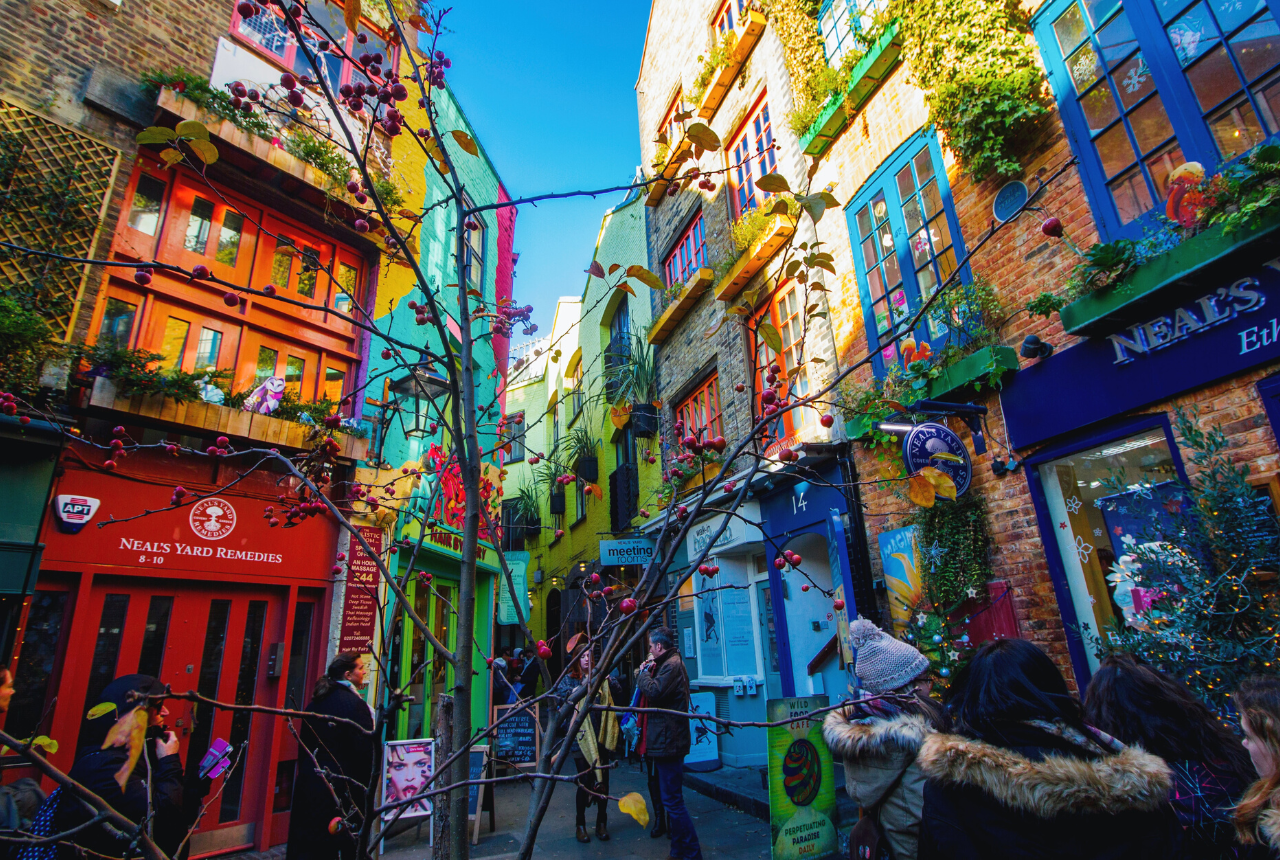 London Area GuidesThings to Do in London

Cool Things To Do in Central London

Around every corner in London, you’re bound to find something exciting going on, and central is certainly no exception to this. From the multicoloured, sustainable Neal’s Yard to Soho’s eclectic wining and dining scene, central really is where it’s at. Here’s our guide on cool things to do in central London. 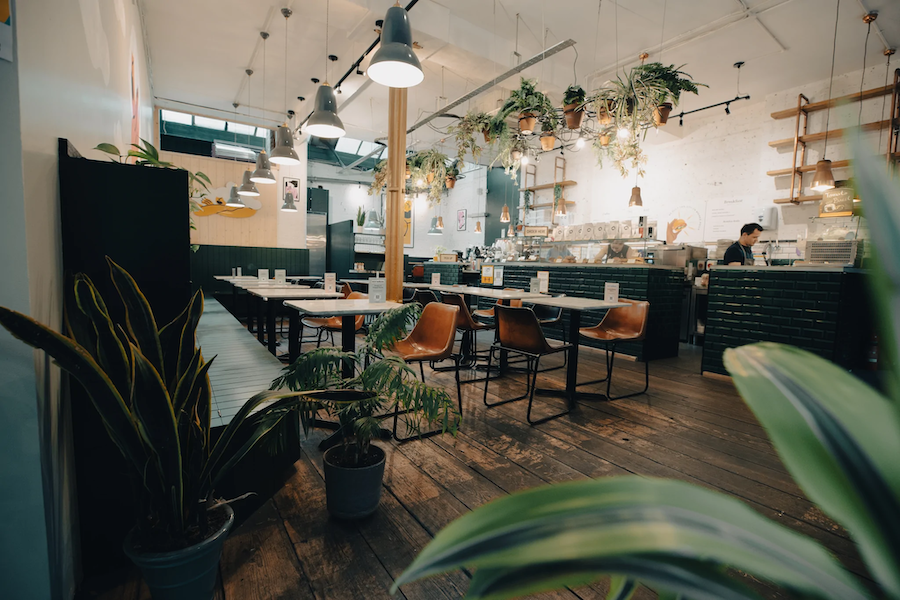 Image Courtesy of The Attendant

Sip on the finest coffee at Attendant

If you consider yourself a bit of a coffee connoisseur, Attendant should definitely be on your London bucket list. This specialty coffee roaster is one of the coolest spots to pick up a brew. There are five locations spread throughout the city and each one has been designed and decked out as a nod to the history and community of the location. It’s not just a good cup of coffee they sell here though, they also have a menu of seasonal food all made with the freshest produce that’s been sustainably sourced. 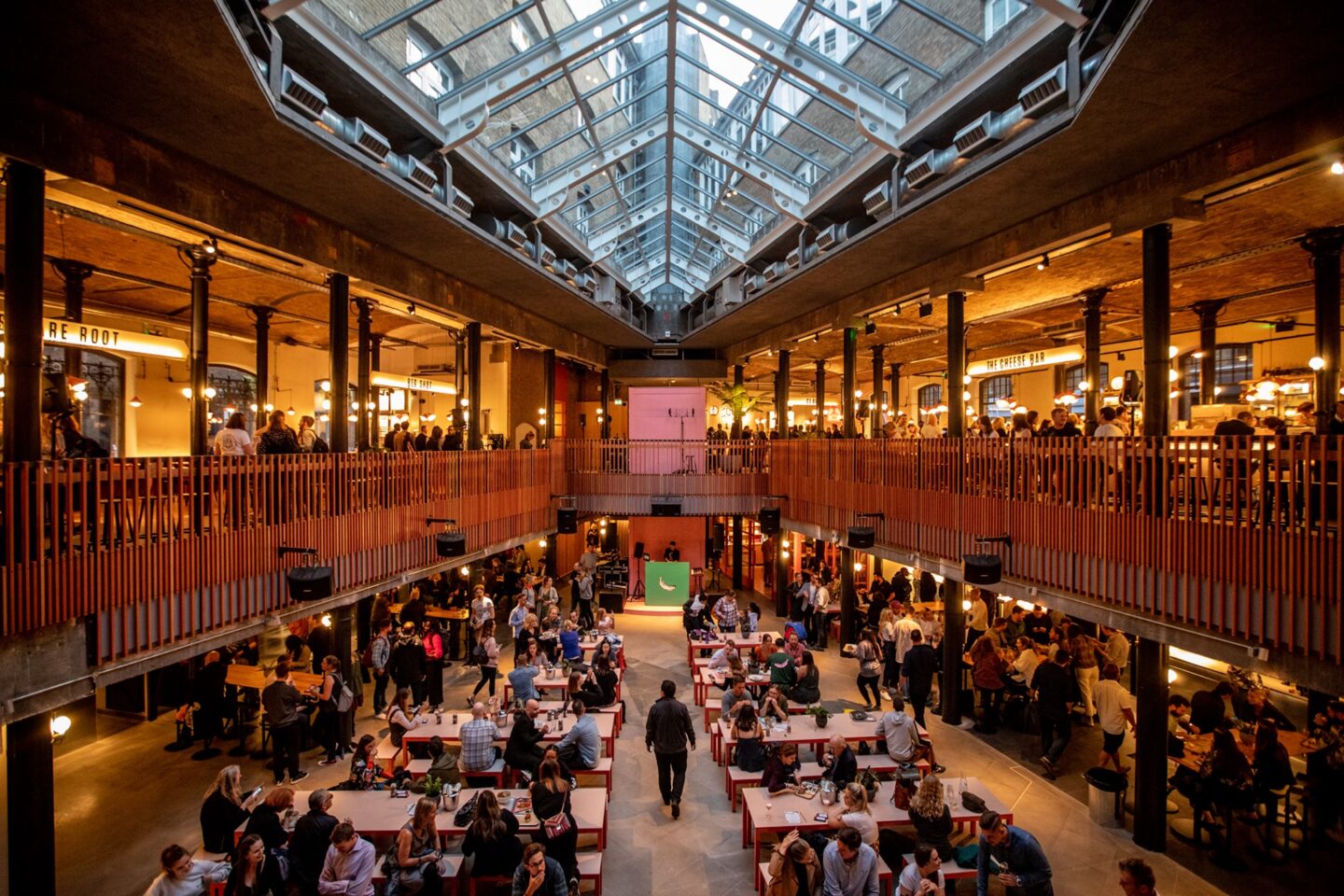 Another cool thing to do in Central London is Seven Dials Market, an indoor food market featuring some of the most iconic independent food businesses. The space is vibrant and lively whatever day of the week you go, and sometimes there’s even a resident DJ spinning some tracks. The building was once used to store cucumbers and bananas, hence the banana and cucumber references throughout, and the original cast iron beams and brick arches have been left in place for an urban-rustic feel.

Now, let’s talk about food: you can feast on street food by local legends Yum Bun, Club Mexicana, Smoke and Ashes, and many more, and enjoy a selection of cocktails and drinks from the bar. There’s even a cheese conveyor belt hosted by the legendary Camden Cheese Bar, where you can sit at the bar and chow down on cheese pick & mix-style. 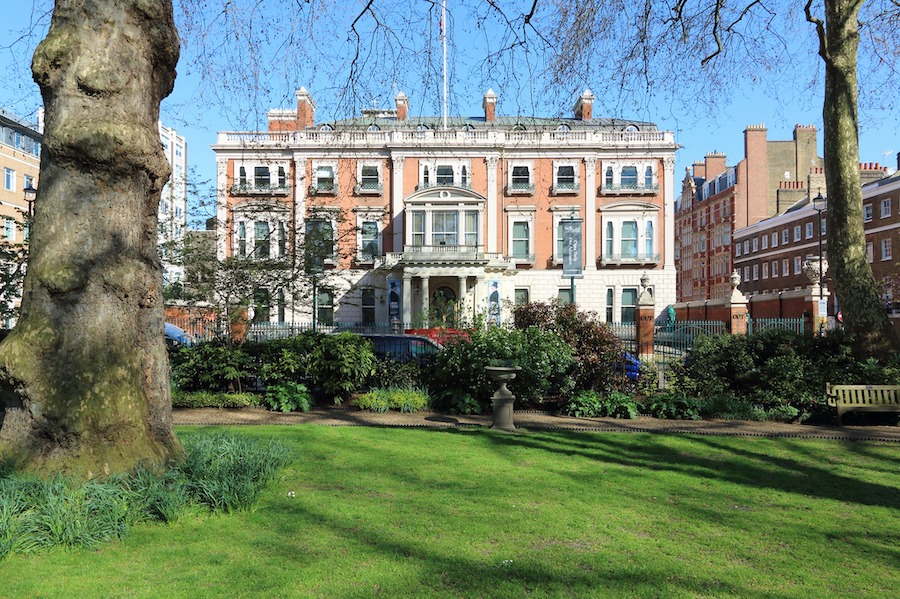 Another cool thing to do in Central London is checking out the many museums that are dotted all over the area, one of these being The Wallace Collection. This gallery is home to more than 5,000 works of European art, covering everything from paintings, sculptures, armour, furniture and more. The gallery is located in Mayfair just a stone’s throw away from Bond Street station, inside the former residence of the notable Seymour Family, a family that was related to King Henry the VIII. The museum is free to visit and there’s also a stylish courtyard restaurant serving French-style plates and afternoon tea. 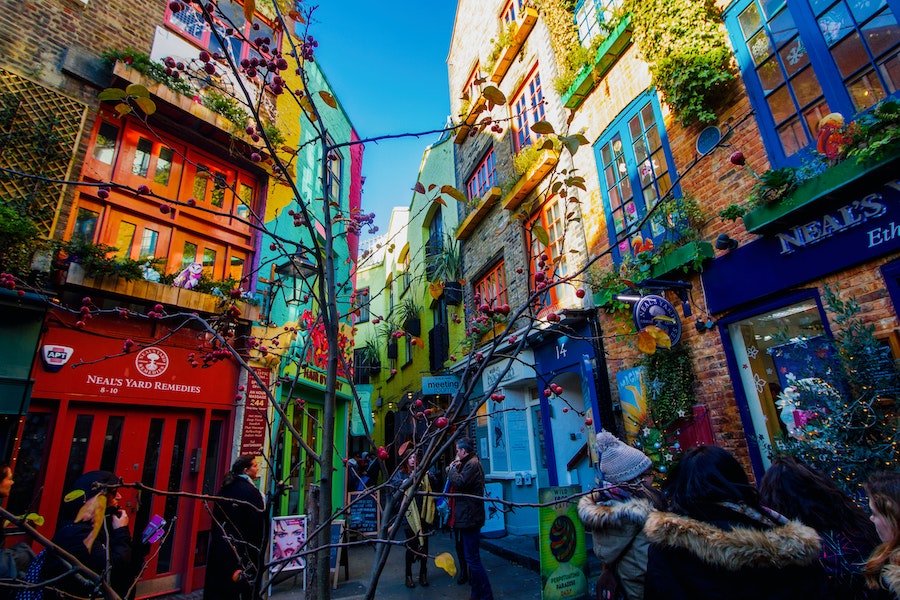 Take a stroll around the colourful Neal’s Yard

You’ll find Neal’s Yard tucked away down a narrow street in Covent Garden, and it’s not hard to spot with its brightly coloured buildings, think neon green windows and shops with a baby blue facade. All of the businesses in this area have sustainability and environmentally friendly practices at the forefront of what they do. You’ll find the ethical beauty and skincare brand, Neal’s Yard, as well as vegan cafés, wine bars and even a beauty salon for a little bit of R&R mid-shopping session. 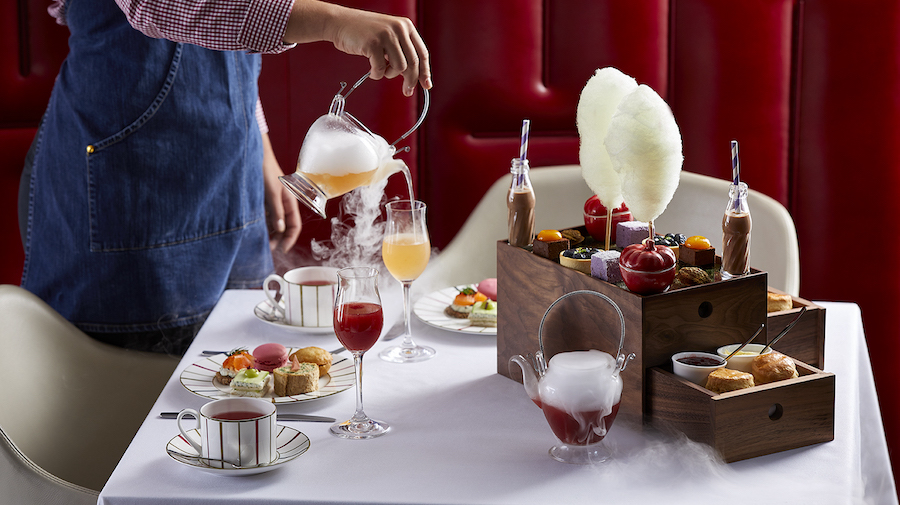 Image Courtesy of One Aldwych

Indulge in afternoon tea in the city

There’s nothing more quintessentially British than afternoon tea in London and this English tradition is a must when visiting the city. You can choose to take the traditional route, where the tea will include things like scones with jam and cream (or cream and jam, an age-old British debate!), finger sandwiches and dainty tea cakes, or you can try something themed, like the one served at Rosewood hotel (WA). Other afternoon tea spots include the one served at London’s most prestigious hotel Claridges (WA), as well as a Charlie and the Chocolate Factory-themed spread at One Aldwych (WA), which is definitely a cool thing to do in Central London. 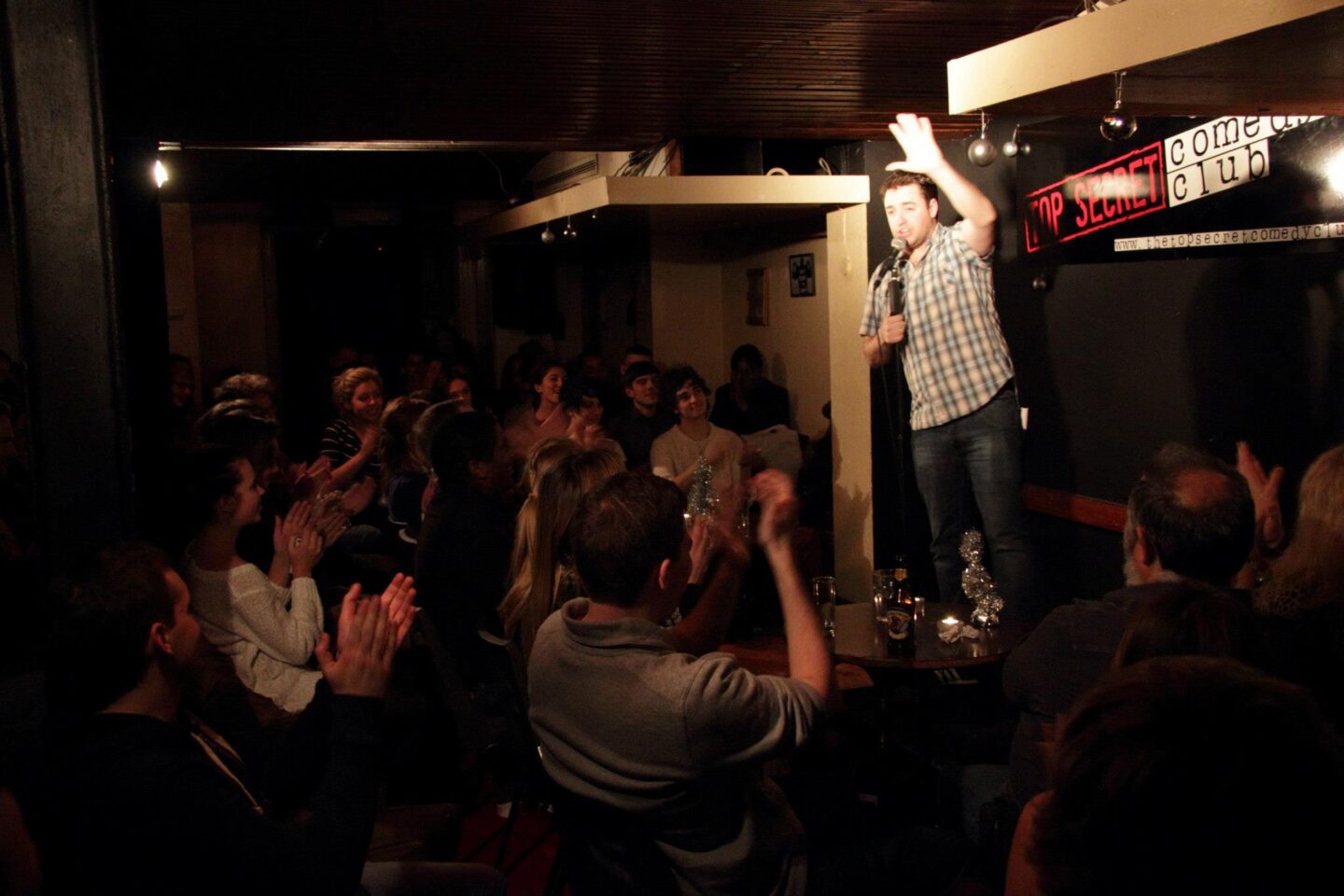 Brace yourself for some laughter at Top Secret Comedy Club

There are plenty of places to catch a comedy show in London, but none quite as notable (and affordable) as The Top Secret Comedy Club, another one to add to the list of cool things to do in Central London.

This little comedy bar is located underneath a restaurant on Drury Lane and is the place to go for a healthy dose of belly-ache-worthy laughter. Sit back and let the comedians take you on a journey through jokes and be sure to stick around for a post-show tipple. The place has hosted plenty of talent, from emerging comedians to big names like Jack Whitehall and Samantha Baines. 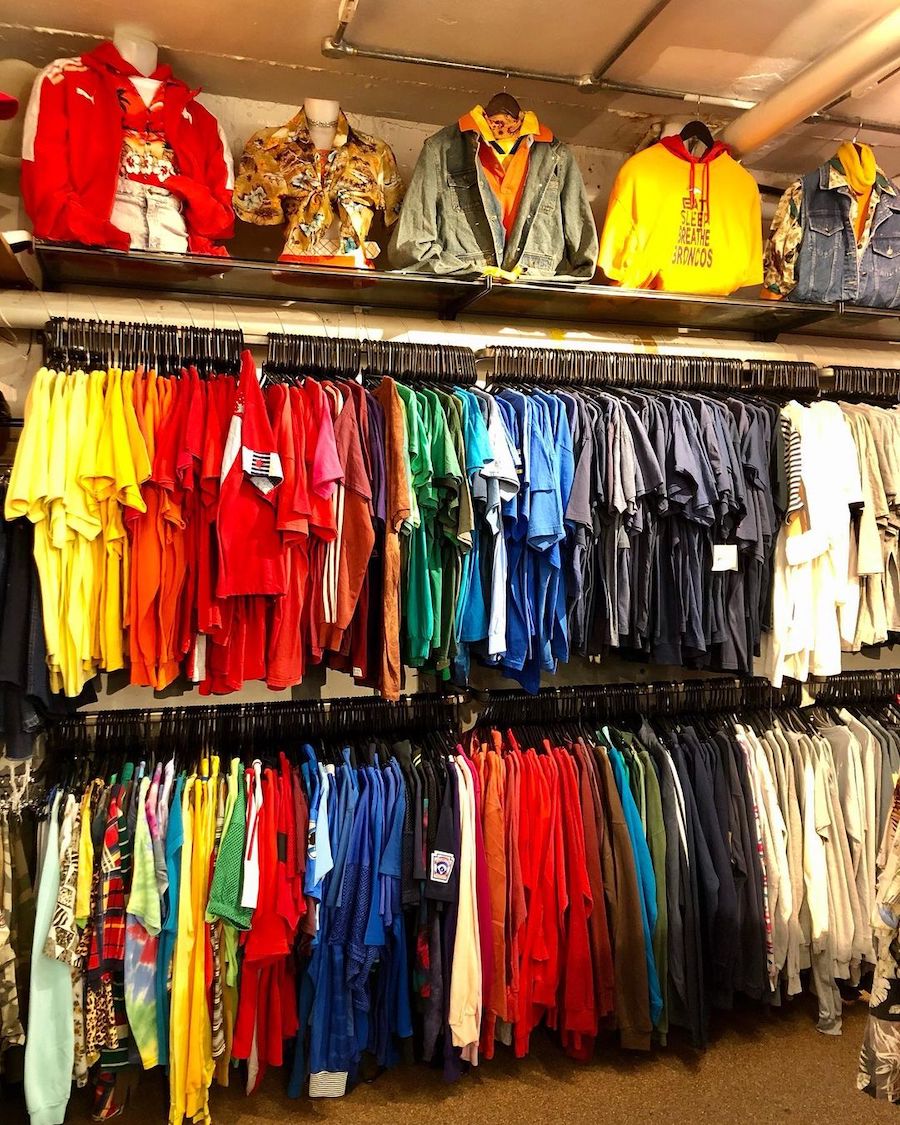 Image Courtesy of Beyond Retro

Shop sustainably and second-hand at Beyond Retro

London is home to so many incredible vintage shops, but Beyond Retro has been a big name on the vintage shopping scene for many years now. Shopping second hand is not only a cool thing to do in Central London, but it’s also a great way to look out for our planet. Pick up a bargain at the Soho branch on Argyll Street, which is home to a range of well-loved brands, from Levi’s to Nike. Everything has been hand-picked, and you’re guaranteed to nab yourself a treat amongst this treasure trove of second-hand goodies.

Eat and drink to your heart’s galore in Soho

There aren’t many cool things to do in Central London that get better than eating and drinking your way through the city, and when it comes to food, London really knows what it’s doing. Soho is at the epicentre of so many incredible restaurants, so whether you want to enjoy seasonal British fare or sip on wine in an independent wine bar, you can probably do it here. Get transported to Asia at Dishoom (WA in Carnaby), Hoppers or Bao, before heading for drinks at a local bar. We recommend Experimental Cocktail Club in Chinatown or 10 Cases Wine Bar on Endell Street.

For lots more locally-loved recommendations for what to check out in central London, grab The Casual Tourist Guide to Central London or our 3-Day London Itinerary.

Whether you’re sipping on natural wine in Soho or indulging in afternoon tea at Claridge’s, make sure you tag us in your photos on Instagram @loveandlondon. We love to see what you get up to in the city. 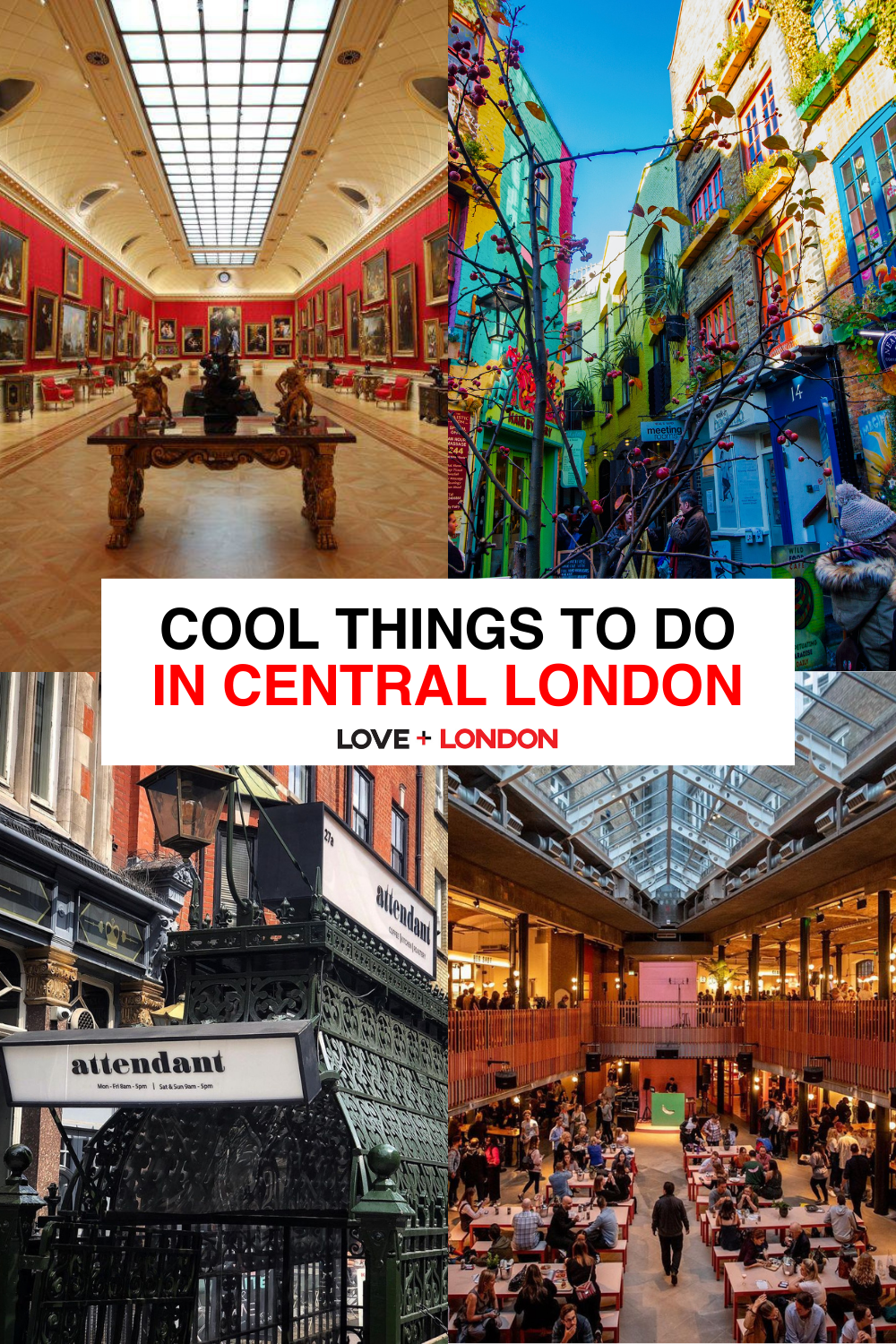 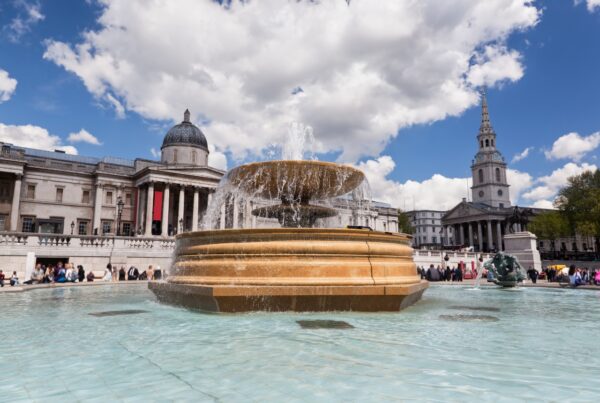 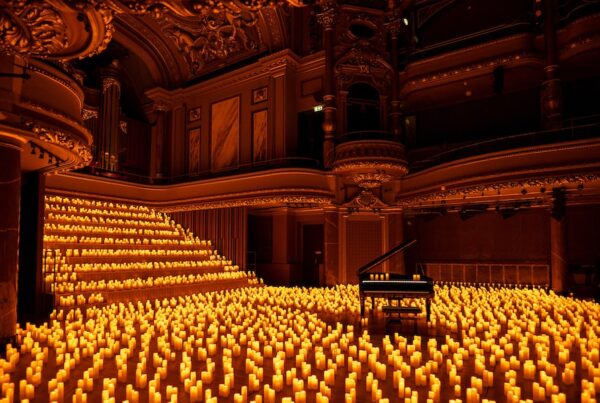 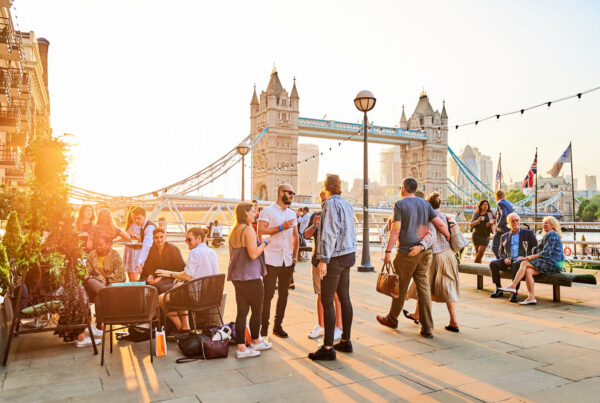